The day after the dinner, for those who are curious and want to prepare delicious vegan desserts at home, we offer a vegan cuisine + tasting given by Toni Rodriguez.
A way to complete this programme and not miss out on the opportunity to learn from a vegan chef of renown.

Toni Rodríguez is the chef and co-founder of the most innovative, delicious patisserie within the vegetable cuisine world. Haute patisserie for innovative desserts and true caprices for the palette. Recipes without ingredients from animals or that cause animal suffering along the way, this chef makes true wonders at the patisserie Lujuria Vegana (Vegan Lust).

He currently lives and works in Palma de Mallorca as executive chef at Bon Lloc.

Because vegans do not live from lettuce and tofu alone!

“In 2003, I became vegetarian for ethical reasons, and a year later, I decided to become vegan. I had never had any type of relationship with the culinary world until I joined the fruit and vegetable spectrum. I was shaking with panic when I thought I would have such a small variety to eat. But when I had to search for vegan recipes on the Internet, I realised I had thousands of different dishes to cook, and that I could make a different one every day. I started working at restaurants as an assistant, observing everything around me to learn. Since there was not much in the way of vegan patisseries, I decided to practise and research in depth in order to find out all about techniques and make vegan cakes. This is where Lujuria Vegana came from in 2006. I have been chef at several restaurants, and now I have the Lujuria Vegana patisserie in Barcelona.” 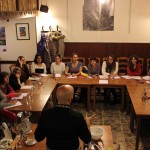 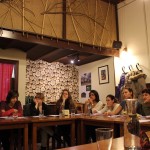 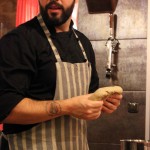 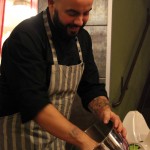 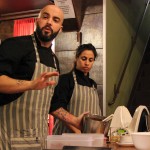 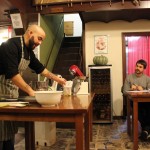