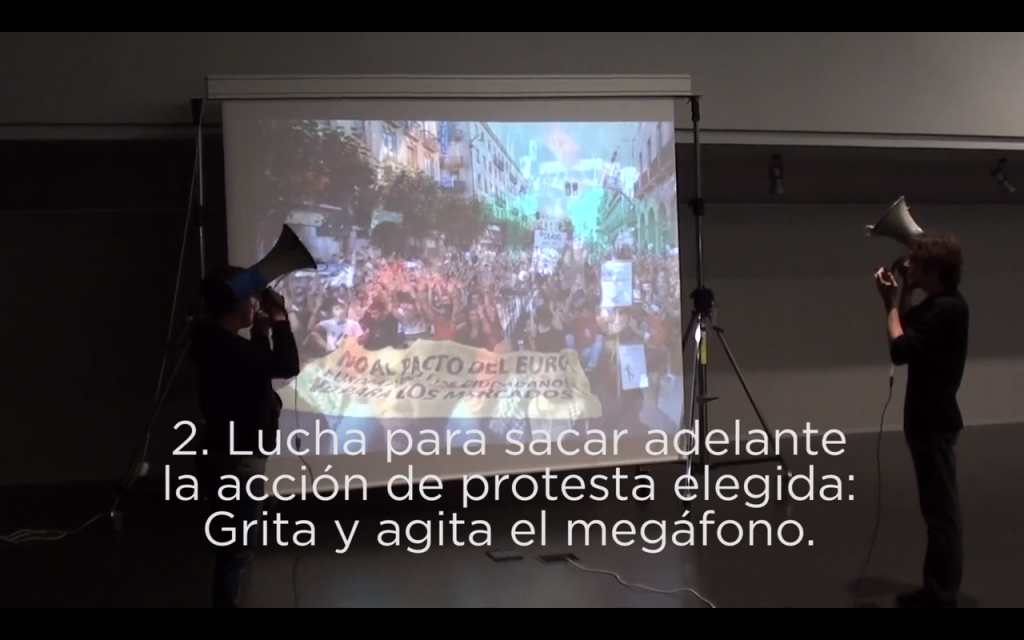 I practise a social, reflexive art, calling aspects of imbalance into question that are caused by the dominating power in different contexts. I observe the streets and research the cloud. I capture fragments of reality and tell about human dynamism to attempt to guide it toward the struggle for change. Lately, I have been focusing my work on creation and research on transmedia art as an aware articulation of protest.

“Protesta-$1 is an interactive, multi-user installation where, by means of interacting with a mobile phone attached to a megaphone, the interactor participates in a social protest event, viewed in a frontal projection under the loud judgment of mass media. By pushing buttons on the phone’s touchscreen, the participant selects the action they want to occur in the protest, and fights along with the other users to push their decision forward, shouting and shaking the megaphone’s speaker. There is a possibility of duelling to prevent other protestors from carrying out actions, and to fight for one’s own actions, all while learning about the consequences of actions. The media modifies the protest through two speakers, depending on the passing of the event in real time, allowing those complaining to articulate their disconformity, all while being aware of the global image that their actions transmits. The installation therefore acts as a simulator, learning how to consciously articulate a protest through experience with the cognitive trial-and-error process. Protesta-$1 makes it possible to articulate a protest against Israeli military action in Palestine, facilitating the events that the majority desires, and preventing the actions of a minority that affects the results of broadcasting the protest articulated by the main event. The purpose of this interactive installation is to highlight peaceful protest as the only way to establish socio-political protest, showing that, despite its slow dissemination, it is the only way for the socio-political complaint’s message that the protest seeks to communicate to be broadcast in the media, all while remaining faithful to the strategy and without alterations caused by external events.”

“A site-specific project I made for Getxoarte-14. A wall boarding up access to the stand. Town halls board up houses so no one can go live in them once they are evicted or evacuated. We walled up the access to the stand so nobody could exhibit in a space created for exhibition. This is a parallelism of the project’s absurd-video.” 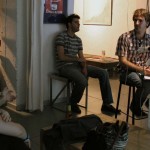 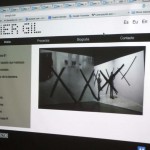 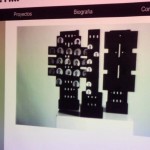 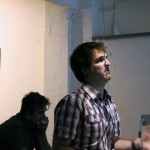 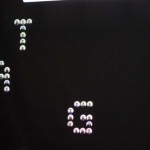 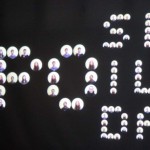